‘Antarctica SE3: a Conversation on Designing with Care’ written with Sarah Pennington. By linking the homes of three early polar explorers in the borough of Lewisham – Sir James Clark Ross (Blackheath), William Colbeck (Catford) and Ernest Shackleton (Sydenham) – in a conversational walk, we created a context to discuss the ‘entanglements’ of climate change: an ‘Antarctic expedition’ beginning in southeast London. 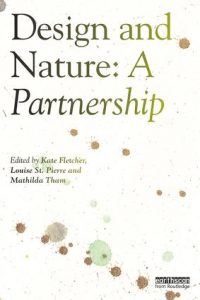 ‘The Miniature Object and the Living World’ was published in Performance Research: On Animism, Vol. 24 Issue 6 (2019). It’s about making and handling miniature objects as an opportunity to consider the complex life expressed in the relationships between human and non-human things, through the understanding of the physical properties of materials, and their ‘grain’. Examples include Queen Mary’s doll’s house, designed by Edwin Lutyens, and the clothes and furniture made for Gulliver by the giant citizens of Brobdingnag. There’s a bit of puppet theory, describing the ‘oscillation’ (Tillis) or ‘opalisation’ (Jurkowski) between the perception of matter and of life and an introduction to  ‘object theatre’ in the work od Agnès Limbos of Belgian object theatre company Gare Centrale. Oh, and Lego.

‘Precursors for Performance: a model for an unrealised production’ in Theatre & Performance Design: On Models, vol. 4, 1-2, 2018. This article discusses an unrealised production of Verdi’s opera Simon Boccanegra, directed by John Dexter and designed by Jocelyn Herbert, and scheduled for the 1984/85 season at the Metropolitan Opera in New York. The objects generated by the creative process, now held in the Jocelyn Herbert Archive at the National Theatre, London, are considered as ‘precursors for performance’, objects from which new objects can be produced. The set model for the production is a rich source of information about the collaboration between Dexter and Herbert, while notebooks, personal recollections and correspondence indicate how models were used in the conversation between Herbert and scenic artists. Rather than focusing on the teleological function of the archive in showing how an artist arrived at a final design, this approach provides a way of thinking about the generative potential of archival materials.

‘Going to hear a dance: on audio describing’ was published in Performance Research: On An/Notations 20·6 in November 2015.  Audio description is a form of translation that selects from a vast field of simultaneous visual experience and recreates the impulse of the choreographer or designer in words that convey a tactile or kinaesthetic impression. But performance – as an artwork to be translated into another medium – is more like a poem than a service manual or legal contract. With examples drawn from contemporary dance and physical theatre by Marc Brew Company, Stumble danceCircus and Told By An Idiot. Download from www.tandfonline.com/eprint/9JziQ6D47XEaHNFJwdRT/full

‘Return to the Mound: Animating Infinite Potential in Clay, Food, and Compost’ This chapter suggests that ‘object animation’ or ‘material animation’ can help to dissolve the conceptual division between living and inert matter. Although this division appears to be one of the most fundamental concepts, when we seek to understand processes such as the food cycle or the effect of radioactivity on genes, a more complex picture emerges. The chapter focuses on Ubu Roi by Nada Theatre, Claytime by Indefinite Articles and Feast on the Bridge, curated by Clare Patey. In The Routledge Companion to Puppetry and Material Performance (2014) www.routledge.com/products/9780415705400

‘The Street of Animation: Complicite’ ‘Complicite has spent 25 years exploring the long street of theatrical animation, on which puppets are just one stopping point. Actors gather at one end of the street and stroll freely up and down it. They wander into curious shops and turn over the heaps of chairs, books, clothes, farm implements, musical instruments and archaeological finds. They disappear off at the far end of the street, which is haunted by video projections, sound recordings and shadows…’ read more in Animations Online 27

‘Vagueness Gridlocked: A Smell-Map of New York’ ‘Smells are notoriously difficult to capture or record, each odour being a complex mixture of hundreds of volatile chemicals. Moreover, there seems to be a contradiction between ‘smelling’ and ‘mapping’: maps are made of permanent features, while smell is evanescent, temporary and transitory…’ In The Smell Culture Reader (2006) ed. Jim Drobnick, Berg ISBN 184520213-9 www.bergpublishers.com

‘Feast: tasting the unfamiliar’ Clare Patey and Cathy Wren brought together artists, food, allotments and school children in a year-long project to grow, cook and celebrate a feast. Read more on the Ashden Directory

‘I’m a great believer in play’ An interview with Richard Mabey: ‘The play – in the sense of playing – was as important as the content. What mattered was the play between people – and that was in everything that was happening on stage.’ Read more on the Ashden Directory

This site uses Akismet to reduce spam. Learn how your comment data is processed.